My brand new website is live thanks to the wonderful folks at Pocket Knife! Fresh squarespace layout & design along with new work to showcase.

It has been an exciting past few months with the theatrical release of Almost Holy (formerly titled “Crocodile Gennadiy”). The film was directed by long time friend and collaborator, Steve Hoover and released through The Orchard. The world premiere was held at Tribeca in 2015.

With Executive Producers, Terrence Malick ,Nicolas Gonda & Animal Media Group as well as an incredible soundtrack by Atticus Ross, Leopold Ross & Bobby Krlic (The Haxan Cloak)…I’m beyond excited to finally share the film with as many people as possible! Be sure to visit the Almost Holy site and sign up for updates as to screenings that might be coming to your town!

Available for pre-order through iTunes. 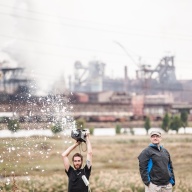 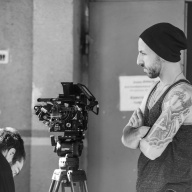 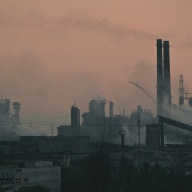 I was first intrigued by the MoVI while in pre-pro for principle photography for Gennadiy, an upcoming documentary with Blood Brother’s Steve Hoover & Danny Yourd. The first thought in my mind was how amazing this tool would be for the story we were about to shoot in Ukraine. Unfortunately, it wasn’t in full on production at the time and we didn’t have the cash to bring the freefly crew out. However, it’s impression didn’t leave me for one second….

I decided to make the full investment in November 2013 and started working with it right away. First thing that I realized was that the M10 is not a grab and go tool. It’s precision mechanics that requires time & understanding of how to utilize it. This is a good thing in my mind because it’s a CRAFT, not a toy. There’s a freedom with the MoVI unlike anything I have experienced. Being able to improvise on the fly with cinematic, complex movements and blocking fires me up! Especially for documentary work or small crews on commercials. In my circles of collaboration, I knew it would be a hit.

After putting it through the test on a slew of jobs of various sizes, crew, budgets, cameras and traveling across the world with it, I’ve learned a thing or two about effectively and efficiently using the MoVI… 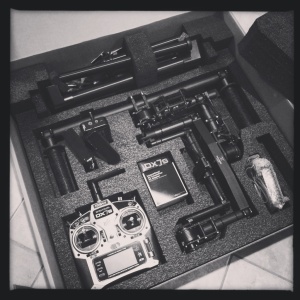 the day it arrived….

For starters…the MoVI really is a two man minimum operation. I am fortunate to know and work with Tyson VanSkiver in Pittsburgh. Wouldn’t want to be on a job without him. My experience with it so far has been acting as both the DP and the operator on set. Tyson takes the responsibility of tuning, balancing and maintaining the MoVI throughout the day. On top of that, he’s a killer focus puller if we’re in majestic mode. When the controller is needed, we’ll have an AC pull focus.

The MoVI is quite the technical orchestration. On top of the 3 axis stabilization, there’s wireless video, power distribution, remote focus pulling, camera maintenance, lens changing, balancing, tuning, operator technique, as well as controller pan & tilt skills (I’ll go into technical details on individual pieces of gear in near future blog posts but we’ll stay at birds eye view for now). These are all things to take into consideration when wanting “fast, cheap and good” all at once. I’ve learned the hard way a few times when people are staring at you because camera isn’t ready or malfunctioning 🙂 Treat it with respect, have a thoroughly tested set up & plan of execution, know how to troubleshoot it quickly and MAYBE allot time for a little bit of blocking.

For my next blog post, I’ll break down a few jobs we did recently and talk about the positives of my experience with the MoVI as well as the challenges we’ve learned from.

Exciting time to be a cinematographer and MoVI owner! More to come…

FYI…currently for hire (inquire for rates)